Estancia, Iloilo: Our beautiful town spilled by oil and shattered it into a night mare

Estancia Iloilo is home to NAPOCOR power barge to supply the electricity of Northern Iloilo. This barge is just a few meters away from the coastline of the town near its old commercial port. It carries 2 million liters of fossil oil. Yolanda's wrath was so strong it leaked 2,000 litters of dangerous fossil oil to the area. About 150,000 liters were washed on the shoreline while 50 liters afloat the water. 1It may still leak another 1.2  million liters of  oil if something goes wrong, let alone another super tyhoon come soon. The barge was slammed right into Barangay Botongon killing people and forced 5,000 people to evacuate.

The town folks are in agony as the cleaning has been snail pace. I asked the contractor representative how long it will take to totally clean it, he said, it depends. OMG, it depends on what?  Their own sweet little time.?

Let these pictures tell the sufferings of Estancia---now somehow lost and forgotten. The chemical gaseous stink is so strong, with half and hour visit I had on the site, two days after until now I am still very sick. I have a splitting headache and my eyes are teary.  I can imagine the survivors whose respiratory systems and skin may already have been damaged.

We need help to rebuild our coastline, much more, help our folks go back to their homes. 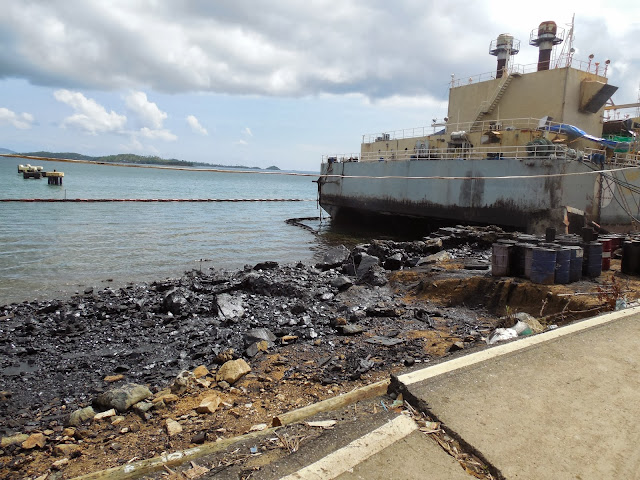 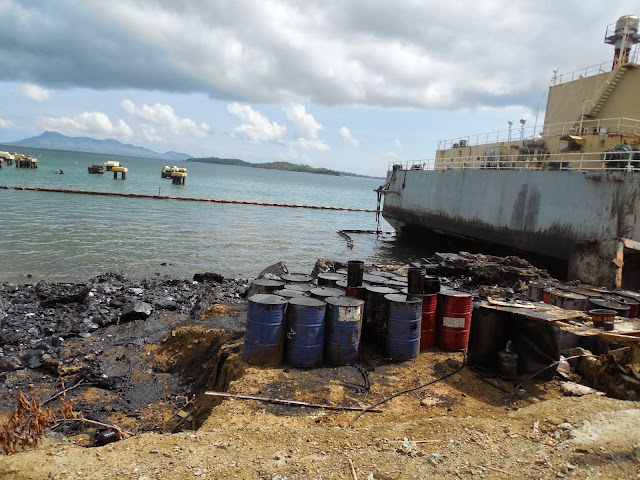 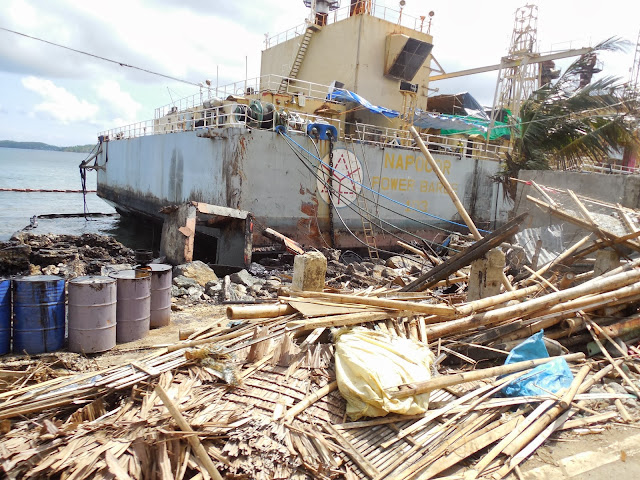 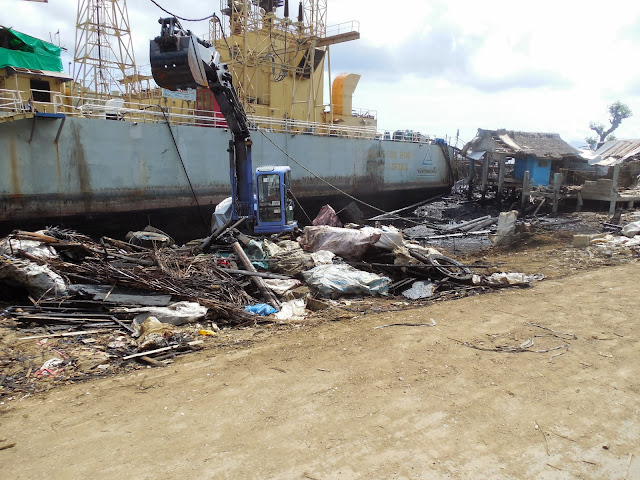 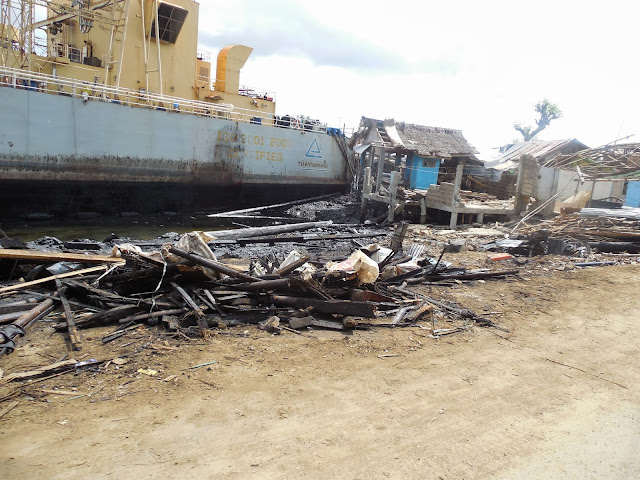 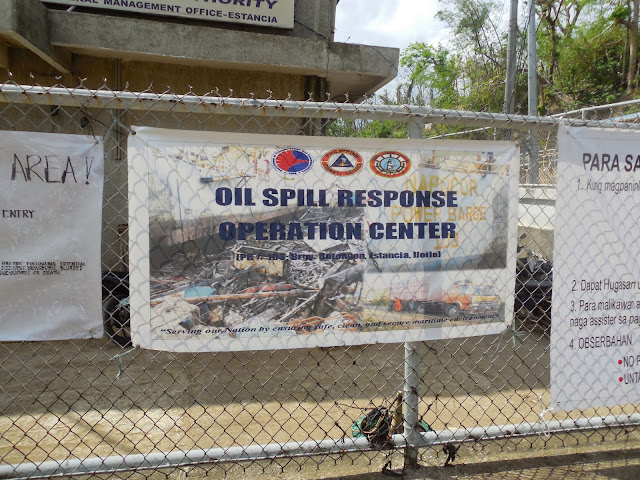 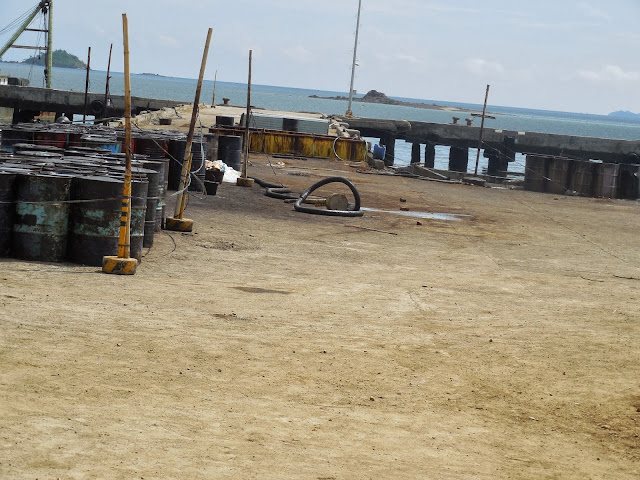 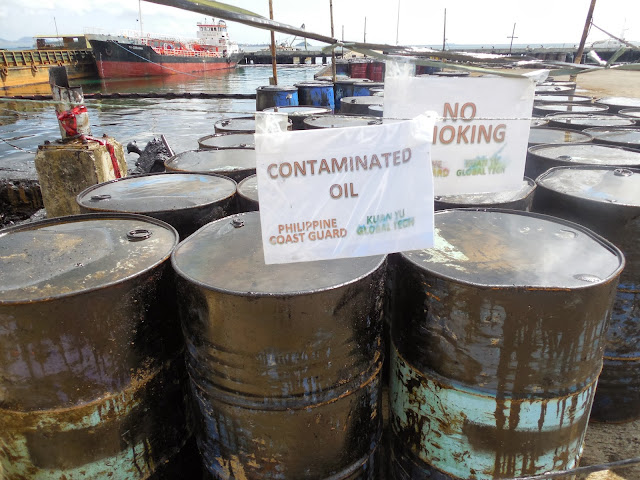 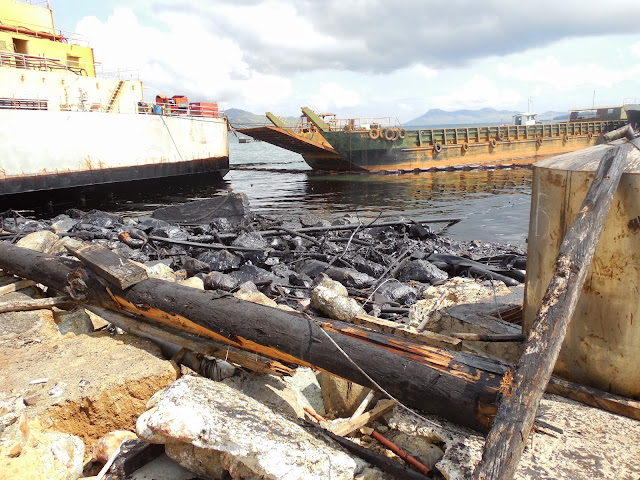 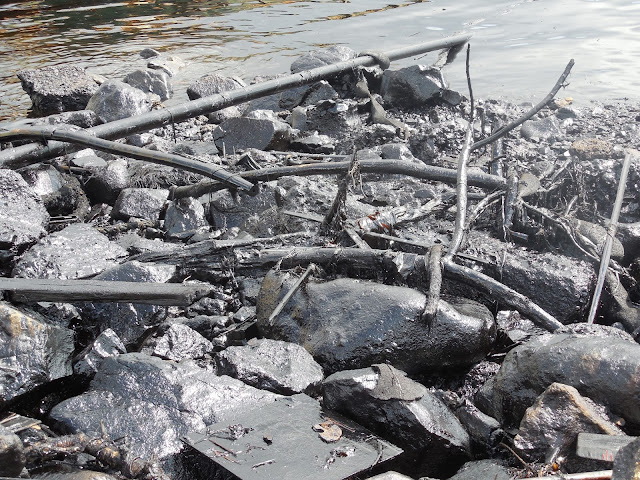 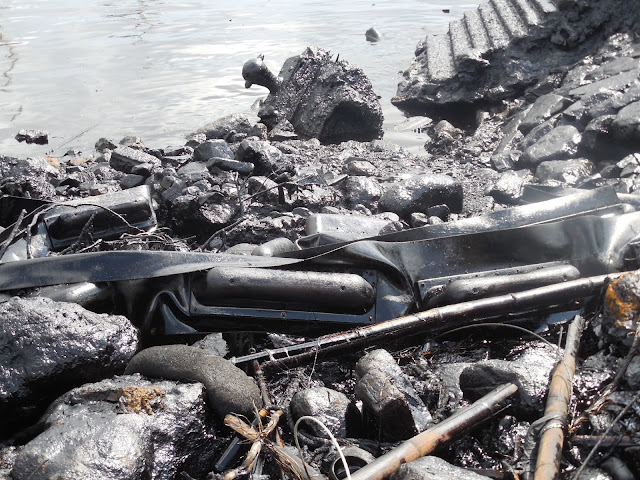 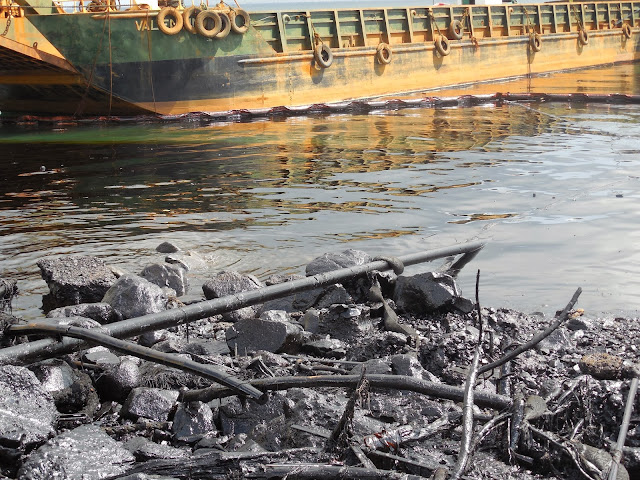 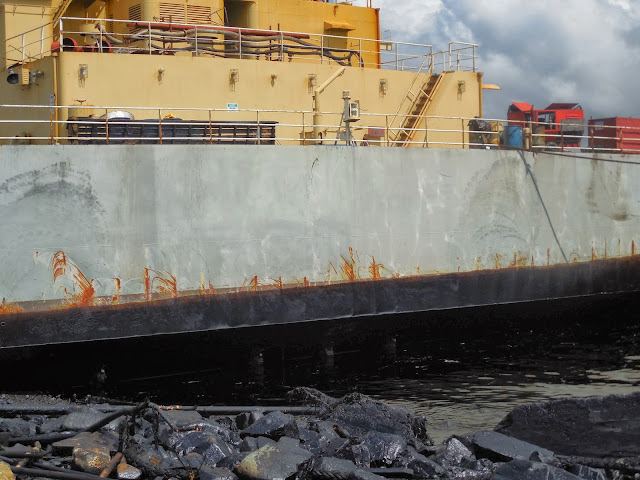 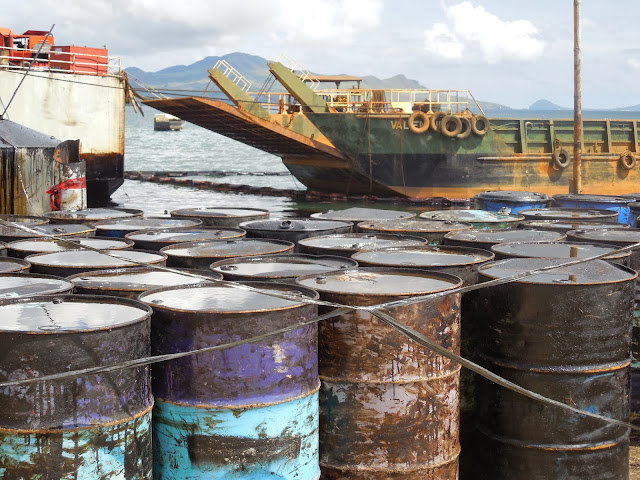 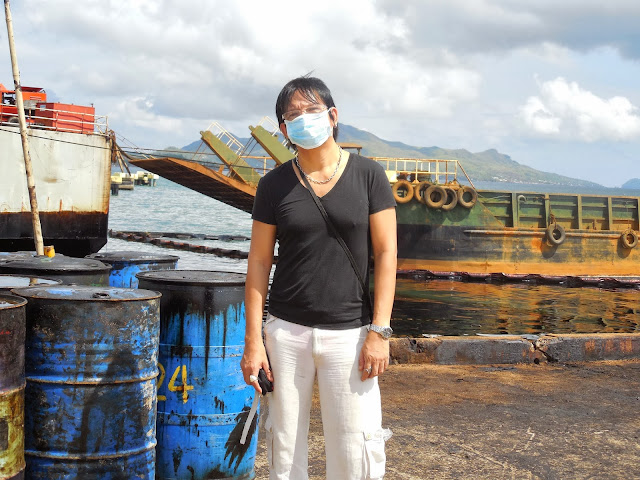 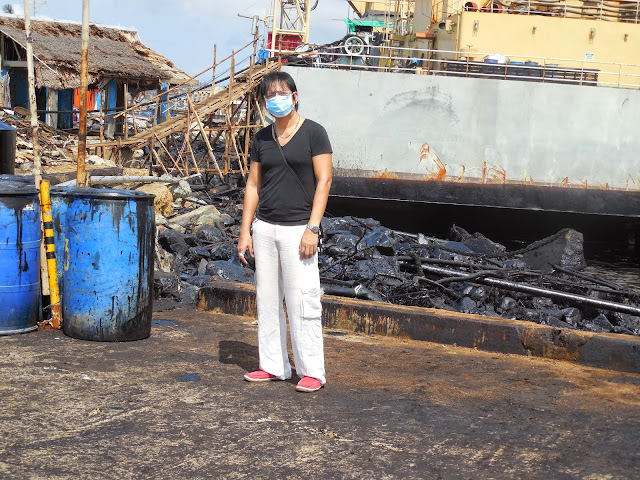 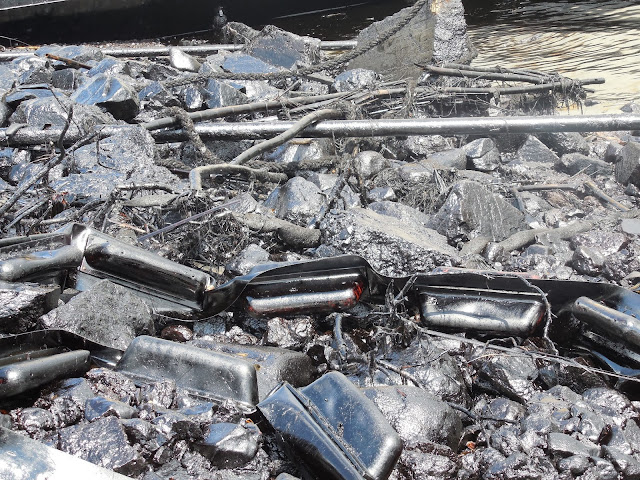 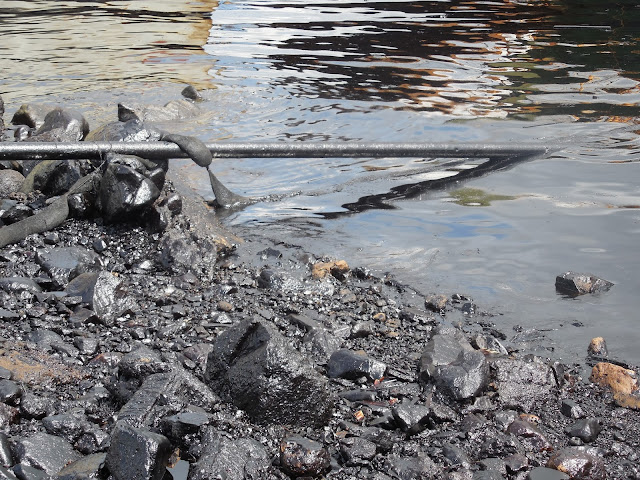 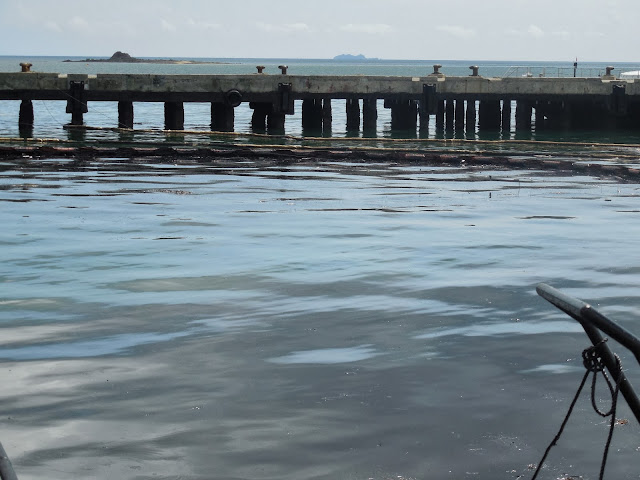 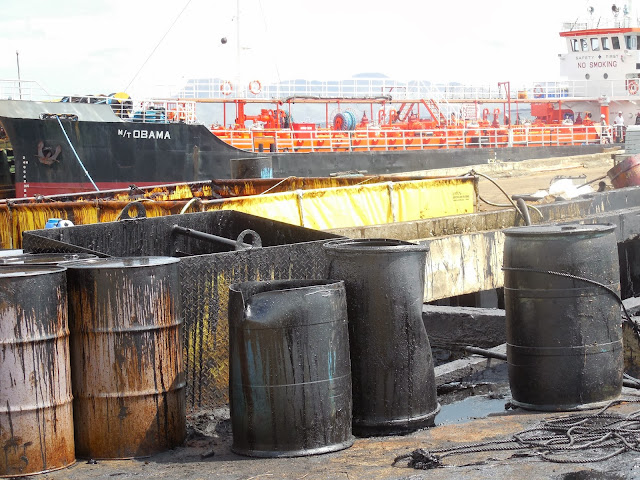 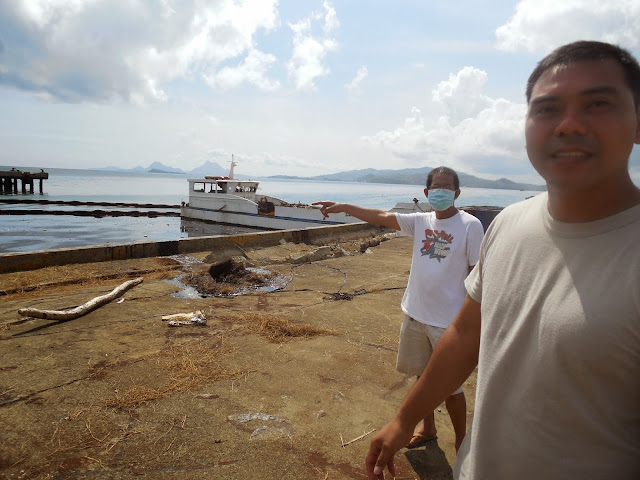 Contractor representative touring us at the site of the spill. 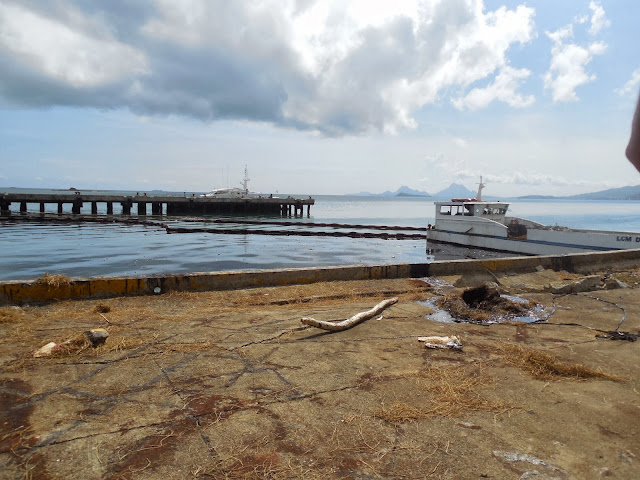 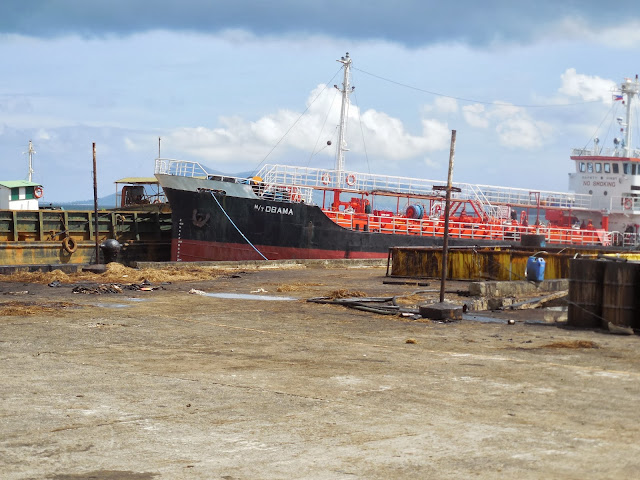 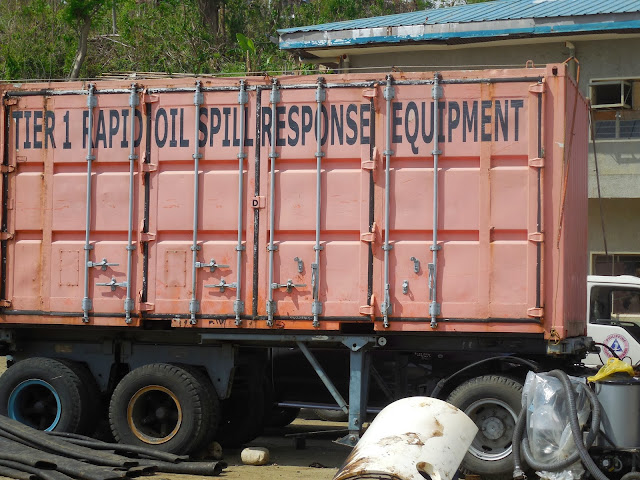 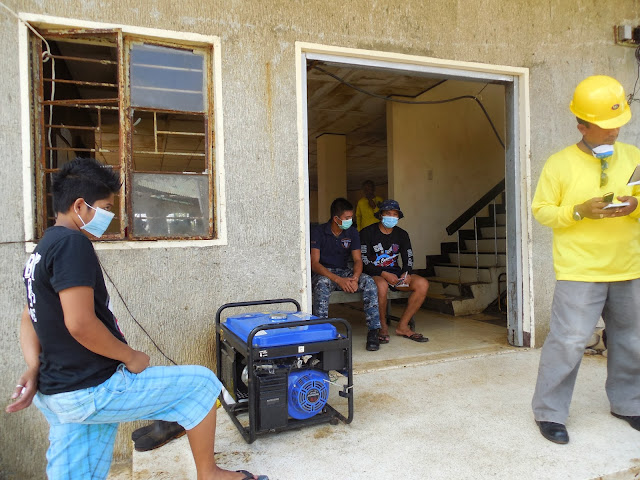 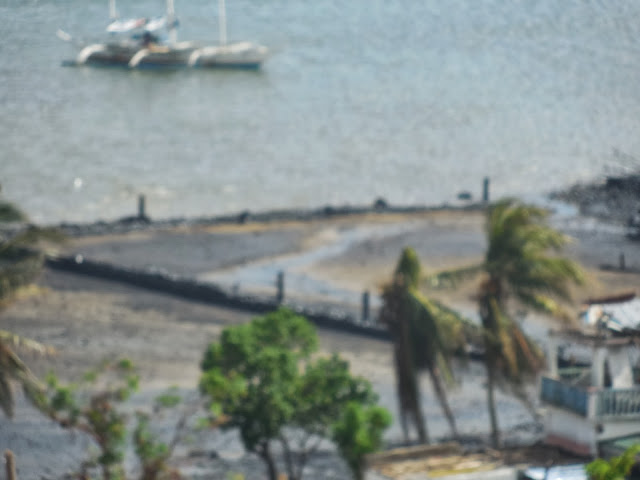 The extent of oil spill along the coastline. 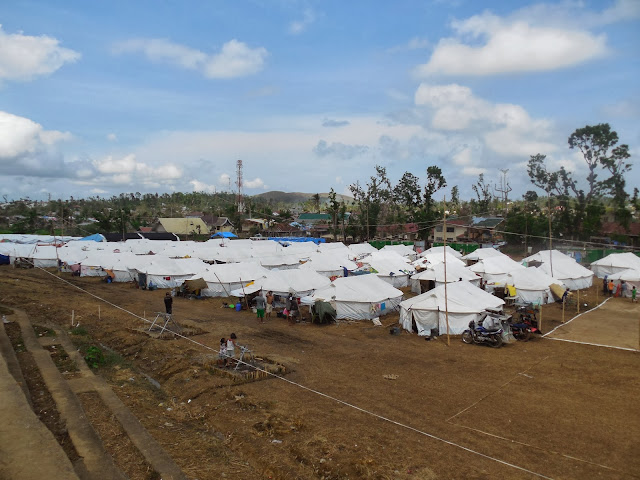 The oil spill evacuation center called the Tent City where close to 5,000 locals are relocated while the area is not yet cleaned up for human safety.
Posted by Life and Style at 07:31